Delilah S. Dawson is perhaps best known for her recent Star Wars book for Del Rey, Phasma, but she has long written whimsical and dark Fantasy for both adults and teens. Her latest book is Kill the Farmboy, with fellow SF Kevin Hearne, an irreverent new series in the tradition of Monty Python, reinventing fantasy and fairy tales. Previously, Delilah’s Blud series for Pocket included Wicked as They Come, Wicked After Midnight, and Wicked as She Wants, winner of the RT Book Reviews Steampunk Book of the Year and May Seal of Excellence for 2013. Her YA books include Servants of the Storm, a Southern Gothic Horror set in Savannah, GA, and HIT is about teen assassins in a bank-owned America. 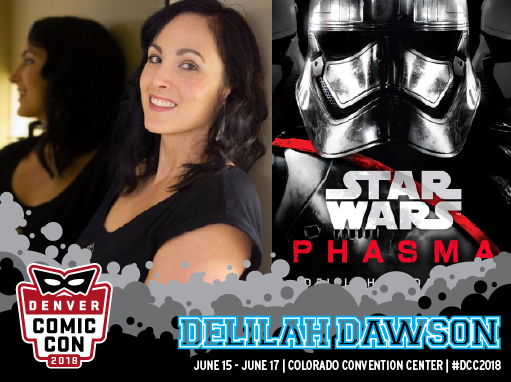