Franklin Wendell Welker is an American actor and voice actor best known for voicing Fred Jones and Scooby-Doo from the Scooby-Doo franchise, Megatron, and Soundwave in the Transformers franchise, and Nibbler on Futurama.

Welker’s first voice role came in 1969 as Fred Jones in the Scooby-Doo franchise. Welker has voiced Fred in almost every series and incarnation of the Scooby-Doo animated franchise and has also provided the voice of Scooby-Doo since 2002. He also voiced Hanna-Barbara characters Wonder Dog, the Shmoo in The New Fred and Barney Show, and The Flinstones Comedy Show, Marvin White on Super Friends, and Darkseid and Kalibak on Super Friends: The Legendary Super Powers Show.

Frank was the voice of Doctor Claw & Brain on Inspector Gadget, Slimer on The Real Ghostbusters, the Beagle Boys on Duck Tales, Garfield on The Garfield Show, Odin in Lego’s Marvel Avengers and Avengers Assemble, as well as Megatron, Rumble, and Frenzy on Transformers, just to name a few.

He voiced multiple characters on G.I. Joe, The Simpsons, The Smurfs, Animaniacs, Captain Planet and the Planeteers, Tiny Toon Adventures, and various animals including the Dragon in Shrek, Nibbler on Futurama, Abu the Monkey, Rajah the Tiger in Aladdin, he was George in Curious George, the penguins in Mr. Poppers Penguins, and Totoro in the English dub of My Neighbor Totoro.

Most recently he was the voice of Scooby-Doo in the animated feature Scoob! that premiered in 2020, and he is the voice of both Tom and Jerry in the Tom & Jerry movie currently streaming on HBO Max. 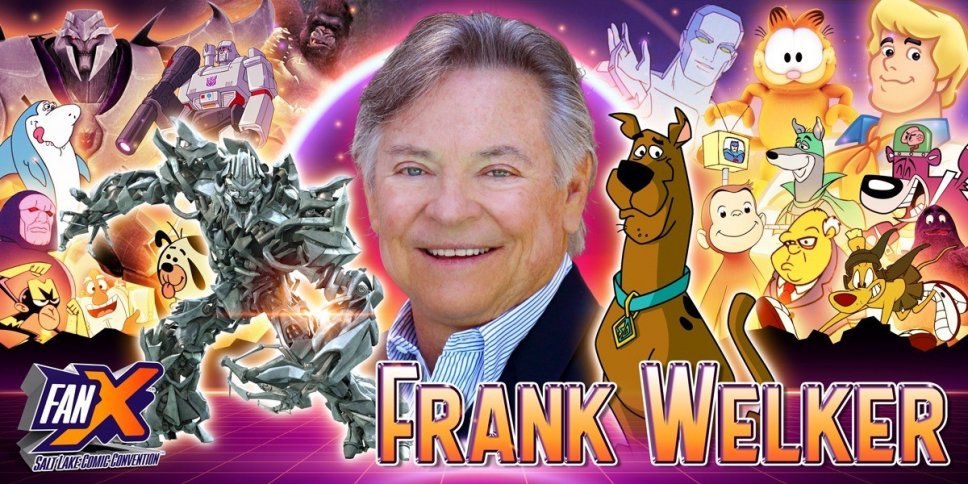