Sgt. Slaughter, is an American professional wrestler who is currently signed to WWE in the ambassador program.
From the late 1970s to the early 1980s, Slaughter had success in the National Wrestling Alliance, American Wrestling Association, and the World Wrestling Federation. He won the WWF Championship and headlined WrestleMania VII in 1991. Slaughter also captured the NWA United States Heavyweight Championship twice. He is a WWE Hall of Famer, inducted as part of the class of 2004. As Sgt. Slaughter, Remus became known for his dark sunglasses, his campaign hat, and his Vietnam War-era military fatigues. In the 1980s, an alternate version of the Sgt. Slaughter character was incorporated into the G.I. Joe: A Real American Hero toy line as well as its animated series and comic books. 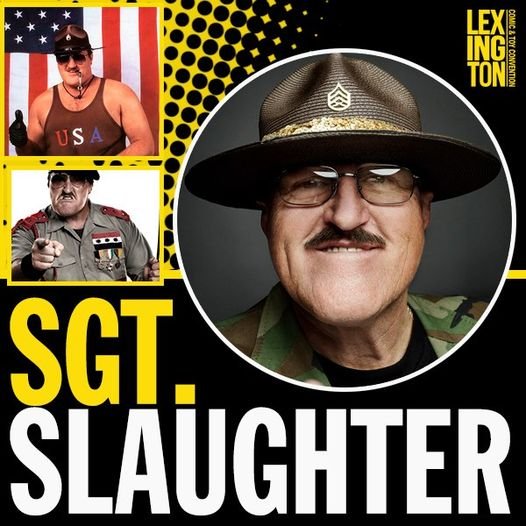