Catherine Cavadini, aka Cathy Cavadini, is an actress, singer, and voice artist
perhaps best known as the voice of Blossom in Cartoon Network's The
Powerpuff Girls. Fans also know her as the voice of Glitter in Kidd Video, Clash
in Jem, and Tanya Mousekewitz in the movie An American Tail: Fievel Goes
West. During her long and prolific career, Catherine's voice has been featured in
over a hundred radio & television commercials, and in over a thousand films,
television movies, and series.

Off camera, Catherine recently guest starred as Principal Reagan on the TV
series Broke. Various animated film credits include Soul as Dreamerwind,
Incredibles 2 as News Anchor #1 and Welch, and Finding Dory as Debbie the
Marine Biologist and several other featured voices. Animated series roles include
the voice of Moby Dee in The Stinky and Dirty Show, the voice of Toodles’ Mom
in The Tom and Jerry Show, and the voice of Coral the singing sea serpent
in Sofia the First. Animated series guest roles include Doc McStuffins (Dart),
Ben 10 (Cooper), and Teen Titans (Alien Woman/Cironelian Chrysalis Eater).
Catherine also originated the series regular roles of Jennifer Jane Parker in Back
to the Future, Tanya and Yasha Mousekewitz on Fievel's American Tails, and
Mom, Terri, and Mrs. Weebles in season 1 of What's with Andy.

In the gaming world, most recent roles are the Driver in The Walking Dead:
Onslaught, Jessie’s Mom in Final Fantasy VII Remake, the Aristocrats in
Dishonored: Death of the Outsider and Dishonored 2, and Car'l, Twyla, and
Candle Maiden in Broken Age.
Catherine’s voice can also can be heard in a myriad of English dubs such as
Bordertown as Lena Jaakkola, Three Days of Christmas as Maria, My Happy
Family as Manana, Suburra as Mara Guagli, Have You Ever Seen Fireflies as
Iclal, Baby S3 as Angela, and Veneno as Faela. She also has done ADR on
hundreds of television movies, and tv series. Most recent titles she has done
additional voices on are Shang-Chi and the Legend of the Ten Rings, Love
and Monsters, Flag Day, Fear Street 1994, Fear Street 1978, Fear Street
1666, Perry Mason, Blacklist, Star Trek Discovery, Them:Covenant,
Underground Railroad, and Queen Sugar.

For more about Catherine’s work visit her website https://catherinecavadini.com
or her IMDB page https://www.imdb.com/name/nm0146681/. 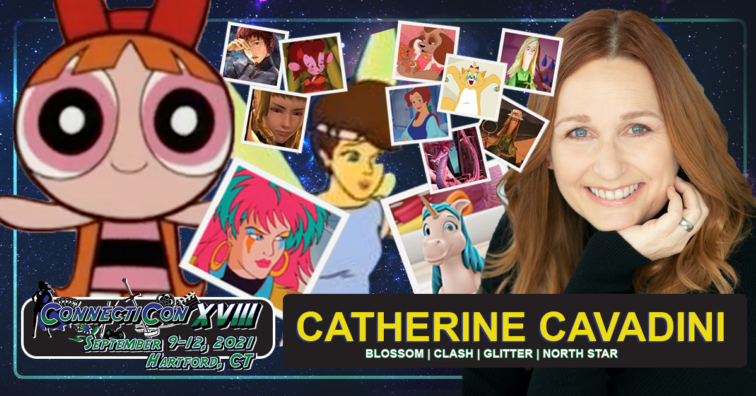