For her work on the series, Mulgrew received a Critics Choice Television Award and a Primetime Emmy nomination for Outstanding Supporting Actress in a Comedy.

Mulgrew is internationally recognized as “Captain Janeway,” the first female captain of the Starship Voyager in “Star Trek: Voyager.” Her career spans film, television, and the stage. Classically trained, she received a Golden Globe nomination at the age of 23 when she portrayed “Mrs. Columbo,” the wife of the famous detective. Other notable television appearances include “Kate Loves A Mystery,” “Cheers,” ” Murphy Brown,” ” St. Elsewhere,” ” Ryan’s Hope,” ” The Black Donnellys,” ” Mercy,” “Warehouse 13,” and “NTSF:SD:SUV” for Adult Swim.

Film roles include Throw Momma from the Train, Star Trek: Nemesis, A Stranger is Watching and Remo Williams: The Adventure Begins and The Response.

Mulgrew has toured throughout the United States as Katherine Hepburn in her stage play, Tea at Five, for which she was nominated for Outer Critics Circle and Lucille Lortel awards.

Other theater credits include Equus, The American Dream, The Sandbox, Iphigenia 2.0 (for which she won an Obie), Our Leading Lady, Black Comedy, Titus Andronicus and Somewhere Fun, all in New York. She performed in The Exonerated in London and regionally in The Royal Family, The Film Society, What the Butler Saw, Hedda Gabler, Measure for Measure, The Real Thing, Another Part Of The Forest, Major Barbara and Antony and Cleopatra.

Her first book, Born With Teeth, a memoir about life lived to the fullest, published by Little, Brown, made the New York Times bestseller list.

She resides in New York City. 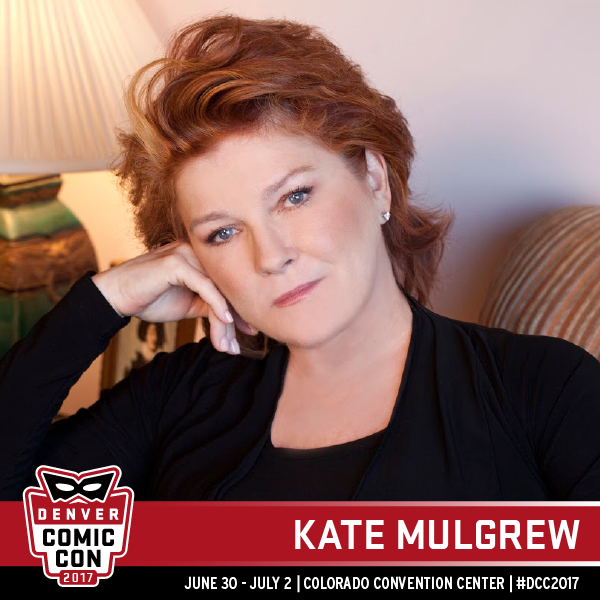