For his role as the title character Richard Castle in ABC’s hit television series, “Castle,” which successfully ran for 8 seasons and has aired more than 170 episodes, Nathan Fillion won four People’s Choice Awards for Favorite Dramatic TV Actor, most recently as 2016.

Fillion also starred as Dogberry, the incompetent chief of security, in Joss Whedon’s feature, “Much Ado About Nothing,” based on Shakespeare’s play. He and Whedon have been working together for over 10 years, starting with the cult television series “Firefly” in 2002. While short lived, “Firefly” was adapted for the big screen, with Fillion reprising his role as Malcolm Reynolds in “Serenity,” which Whedon wrote and directed in 2005. He also had a recurring role as Caleb in the final season of “Buffy the Vampire Slayer,” and took his first singing role as Captain Hammer in Whedon’s Emmy award winning musical internet smash, “Dr. Horrible’s Sing-Along Blog,” with Neil Patrick Harris and Felicia Day.

Fillion lent his voice to a lead character in Pixar’s “Monsters University” with Billy Crystal, John Goodman and Helen Mirren. He voices Johnny Worthington, the smug leader of Roar Omega Roar fraternity, the most elite house on campus. Since opening on July 21st, “Monsters University” has grossed over $745M worldwide. He also voiced the lead character, Shojun, in the animated movie “Yamasong: March of the Hollows” along side Abigail Breslin and Freida Pinto. In addition, Fillion also lent his voice as the Monstrous Inmate in “Guardians of the Galaxy” and will soon appear in the highly anticipated sequel, “Guardians of the Galaxy Vol. 2” as a new character, Simon Williams. Nathan also appeared in Thor Freudenthal’s “Percy Jackson: Sea of Monsters,” as Hermes, the messenger god. Plus he’s the narrator for the documentary, “Highway of Tears.”

Fillion also lends his voice to wildly popular video games such as “Destiny” and “Halo 5: Guardians,” where he has had a recurring role as Edward Buck. Plus lends his voice as Preston Northwest in Disney’s animation series, “Gravity Falls”.

Fillion is a native of Edmonton, Alberta, and studied at the University of Alberta. He starred in productions at the Edmonton Fringe Festival and performed with comedy groups in town before moving on to pursue an acting career in New York and Los Angeles. 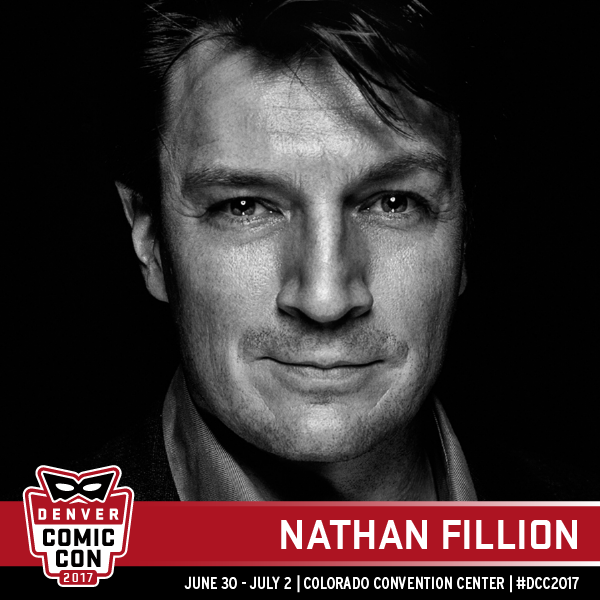