Khary Payton is the latest addition to AMC’s The Walking Dead, playing the coveted role of King Ezekiel, the benevolent, eccentric and theatrical leader of “The Kingdom”. Accompanied by his pet tiger Shiva, King Ezekiel has instantly become Khary’s most challenging and favorite role to date.

According to cartoon fans, Payton has become synonymous with one of DC’s hottest heroes Cyborg, having voiced the character for 15 years.

Khary is thrilled to be reprising his role of Aqualad in the fan and critically acclaimed series Young Justice that recently announced its return with season 3. Also coming soon, Big Hero 6: The Series premieres this fall with Khary as the voice of laser specialist, Wasabi.

Grimlock from Transformers: Robots in Disguise, Rafiki in Disney’s The Lion Guard, video games The Sims, Reigel in Starcraft, Drebin in Metal Gear Solid, Azrael & Killer Croc in the Batman: Arkham franchise & Knox from Call of Duty: Advanced Warfare, are just some of the many roles he’s known for.

Born in Augusta, Georgia, Payton caught the acting bug after seeing a production of Cyrano De Bergerac in the 1st grade. As a teenager, he developed a local rep as a rapper and stand-up comic, sharing the stage with such notables as Tom Kenney & Chris Rock.  After spending his teenage years consoling comedians at the bar between sets, Payton opted for college at Southern Methodist University in Dallas to study acting and directing.  He stayed in Texas for several years thereafter, honing his craft in classical and experimental theatre before finally making his way to Hollywood. 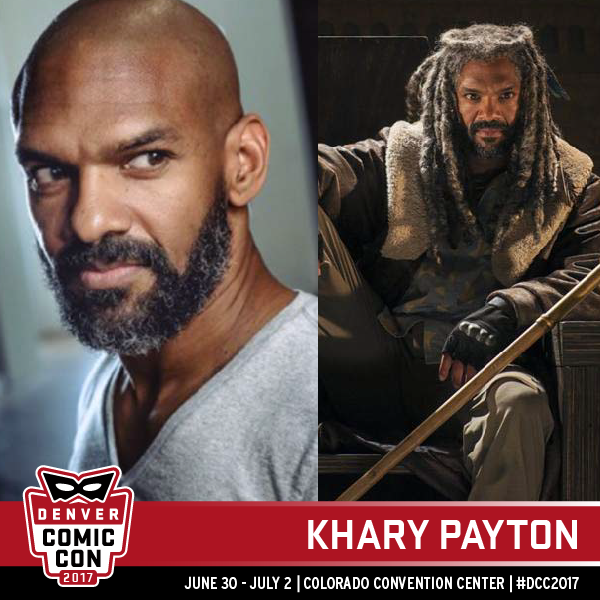