John Layfield started in the WWF (now the WWE) with character John Hawk, a rough and tumble cowboy who would "brand" his defeated opponents in ink. In 1998, he rose to prominence with his role in the tag team Acolyte Protection Agency (APA) with teammate Faarooq. They became a fan favorite team with their gimmick of cigar-smoking bar brawlers for hire. They wrestled together for four years until their split due to the brand extension. After the split, he teamed up with Stone Cold Steve Austin for a short stint until Austin's departure from the WWE in 2003. After that, he joined the hardcore division, where he won the WWE Hardcore Championship seventeen times. In 2004, he changed his gimmick from bar brawler to John "Bradshaw" Layfield, arrogant Texas millionaire, complete with "The Cabinet," including Orlando Jordan, "Chief of Staff" and Doug and Danny Basham, "Co-Secretaries of Defense." In 2004, he won the WWE Championship by defeating Eddie Guerrero in a Texas Bull Rope match, a title which he held for 280 days, the longest reign in a decade.

After a back injury in 2006, JBL briefly became a color commentator, frequently challenging other wrestlers such as The Undertaker and Batista, until his return to full time wrestling. In 2009, he defeated CM Punk to win the Intercontinental Championship, becoming the tenth Grand Slam Champion and the twentieth Triple Crown Champion, a title he held for one month. JBL retired in 2011, but continued working for the WWE as a color commentator until 2017, at which point he stepped away from SmackDown.

Outside of wrestling, Layfield founded Layfield Energy and launched an energy drink called MamaJuana Energy. He also founded a nonprofit organization called Beyond Rugby Bermuda, an offshoot of the South African nonprofit Beyond Sport which aims to provide young people with an alternative to gangs. In 2018, Major League Rugby announced an expansion team in New York City with Layfield as one of the co-founders. In 2020, JBL was inducted into the WWE Hall of Fame. 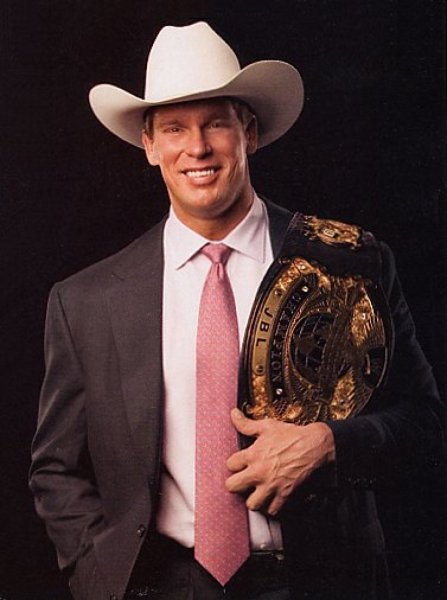