Michael Anthony Hall known professionally as Anthony Michael Hall, is an American actor, film producer, and director who starred in several teen-oriented films of the 1980s. Hall began his career in commercials and on stage as a child and made his screen debut in 1980. His films with director-screenwriter John Hughes, beginning with the popular 1983 comedy National Lampoon’s Vacation and the coming-of-age comedy Sixteen Candles, shaped his early career. Hall‘s next movies with Hughes were the teen classics The Breakfast Club and Weird Science, both in 1985.
Hall diversified his roles to avoid becoming typecast as his geek persona, joining the cast of Saturday Night Live (1985–1986) and starring in films such as Out of Bounds (1986), Johnny Be Good (1988), Edward Scissorhands (1990) and Six Degrees of Separation (1993). After a series of minor roles in the 1990s, he starred as Microsoft’s Bill Gates in the 1999 television film Pirates of Silicon Valley. He had the leading role in the USA Network series The Dead Zone, from 2002 to 2007. During its run, the show was one of the highest-rated cable television series. Recent TV guest spots include Warehouse 13, Awkward, Z Nation, Psych, community. In 2008 he was cast in The Dark Knight, most recently he has notable film roles in Foxcatcher, Live by Night and War Machine. 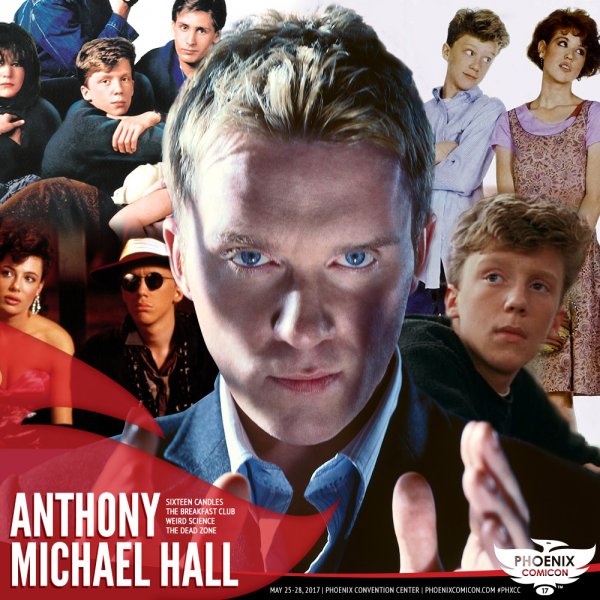