Sean Schemmel gets paid to stand in a soundproof padded room and make wacky voices all day with good reason. He’s good at it. Ever since he was discovered doing so at an undisclosed mental institution (read Marionette Theatre) Sean has been gainfully employed as a voice actor for some of the most popular titles in animation history. He is best known as the voices of Goku, King Kai and Nail in the internationally acclaimed anime series, Dragonball Z Dragonball Z Kai, and Dragonball GT. More recently, he can be heard as Batman/Bruce Wayne in Gameloft’s The Dark Knight Rises for iPad/Android, Bronk in Yu-Gi- Oh Zexal, Amidamaru, and Rio in Shaman King, Constable Biggles, Sh’Okanabo, Master Kahn (and many others) in Teenage Mutant Ninja Turtles, Onsokumaru in Ninja Nonsense, about 12 different thumbs in Thumb Wrestling Federation and Gonard in Kappa Mikey. Sean can also be heard as Paradox in the feature film, Yu-Gi- Oh 5d’s Bonds Beyond Time and as Grings Kodai in (Pokemon) Zoroark: Master of Illusions, as well as many other voices throughout the Pokemon series.
In the realm of audiobooks, Sean won a 2010 Earphones Award for his work in The Big Splash by Jack D. Ferraiolo and has been nominated for a 2011 Audie Award in the category of humor for his work in Shit My Dad Says, by Justin Halpern, and 2013 he won the Audie in that same category for the sequel, I Suck At Girls, by the same author. Sean has also adapted for English and directed the following anime series: Space Pirate Mito, Sadamitsu: The Destroyer, Midori Days, and Ah! My Goddess. Sean currently resides in Los Angeles, and in his spare time enjoys playing the French Horn, writing parodies, playing guitar and bass and the impossible task of ever beating his girlfriend at Mario Kart. 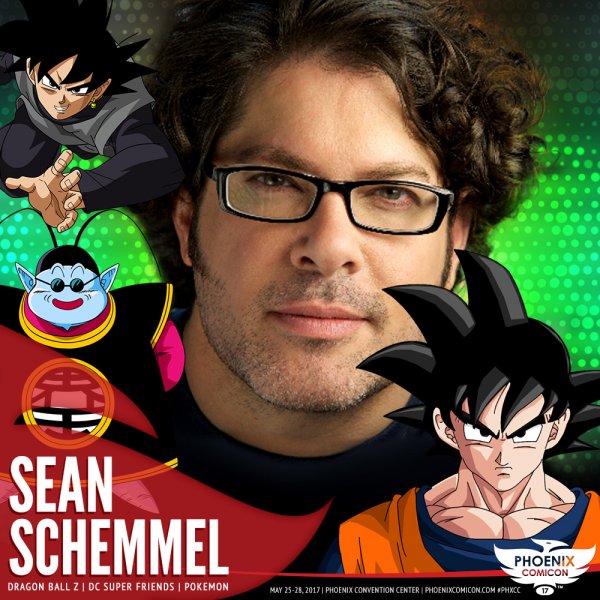