Jon Bernthal was discovered by the Executive Director of Harvard University’s Institute for Advanced Theater Training at the American Repertory Theater in Cambridge, Massachusetts, and graduated in 2002 from the American Repertory Theater with a Master of Fine Arts. Since 2002, Bernthal has performed in over 30 plays regionally and Off-Broadway, including many with his own award-winning theatre company, Fovea Floods. He also had small guest roles in television series such as Boston Legal, CSI: Miami, and How I Met Your Mother.
Bernthal had a supporting role in the Ben Stiller comedy film Night at the Museum: Battle of the Smithsonian as mobster Al Capone. The same year, he became a series regular on the television series Eastwick. Berthnal portrayed Sgt. Manuel Rodriguez on the HBO miniseries The Pacific. He also portrayed Shane Walsh in Frank Darabont’s The Walking Dead, based on the comic book series of the same name. In 2013, he appeared in the crime drama film Snitch.
Bernthal reunited with Darabont for the TNT series Mob City, in which he portrayed Joe Teague, a police officer working in a corrupt 1940s Los Angeles. He also had supporting roles in the Martin Scorsese film The Wolf of Wall Street (2013) and the sports comedy film Grudge Match (2013). He played southerner Grady Travis in the 2014 World War II film Fury, opposite Brad Pitt. Bernthal next co-starred in the action drama film Sicario.
In June 2015, Marvel announced that Bernthal would portray Frank Castle / The Punisher in the second season of Netflix’s superhero series Daredevil, which was released on March 18, Next, he costarred with Ben Affleck and Anna Kendrick in the action thriller film The Accountant. Bernthal is reprising his role as Frank Castle and currently filming season one of The Punisher. 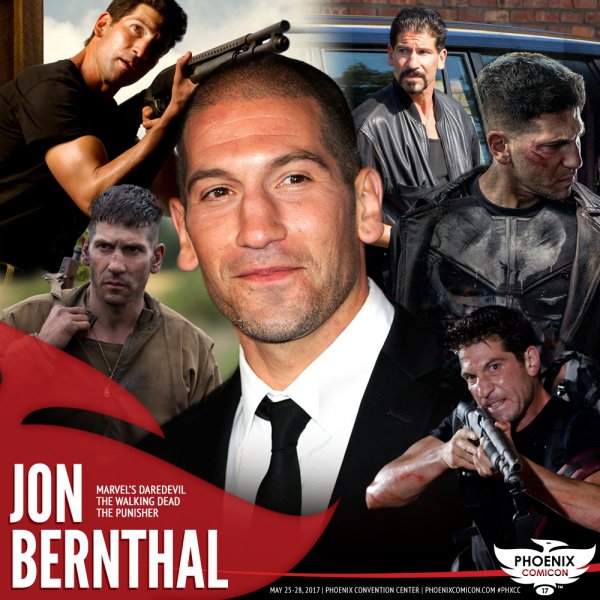