Michael Rosenbaum has worked with everyone from Bradley Cooper and Kevin Spacey to Christopher Walken and Clint Eastwood. The diverse actor has worked in over twenty films, such as Hit and Run, Urban Legend, Sweet November, Bringing Down The House, Pool Hall Junkies and Sorority Boys. He portrayed Lex Luthor on the smash hit Smallville for seven years and voiced The Flash on the hit animated series The Justice League. Currently, Rosenbaum is starring as the lead actor and Executive Producer in the second season of the dark comedy series IMPASTOR for TVLAND that is a hit with critics and recently finished filming the feature film The LAST DAYS OF SUMMER with Bill Fichtenor.
Aside from acting, Michael has also started a new production company, Rose and Bomb Productions that recently completed their first feature film, Back in the Day. Rosenbaum wrote, directed and starred in the movie alongside Morena Baccarin and Nick Swardson. Rose and Bomb Productions has also produced such innovative concepts as Ghild, the coming of age tale of a boy born a giant (winner of “Outstanding Achievement in Short Filmmaking”; at the Newport Beach Film Festival and Official Selection of Palm Spring International Shortfest and LA Shorts) and Fade Into You (Official selection at Scream Fest) and a hit among fans of the horror genre thatRosenbaum also wrote and directed. 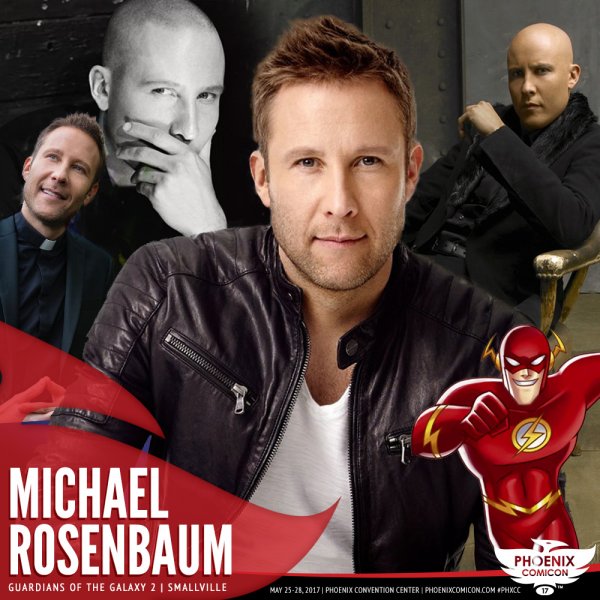