Diana Gabaldon (it’s pronounced “GAA-bull-dohn”—it rhymes with “bad to the bone”) is the author of the award-winning, #1 NYT-bestselling OUTLANDER novels, described by Salon magazine as “the smartest historical sci-fi adventure-romance story ever written by a science Ph.D. with a background in scripting “Scrooge McDuck” comics.”
A scientist with a Ph.D. in Quantitative Behavioral Ecology and a specialty in scientific computation, Gabaldon jumped the academic rails in 1991, when the adventure began with the classic OUTLANDER, and has continued through seven more New York Times-bestselling novels, with twenty-eight million copies in print worldwide, in 43 countries and 39 languages.
(Gabaldon has also written THE EXILE: an OUTLANDER graphic novel, several novels of a best-selling sub-series of historical mysteries featuring Lord John Grey, and THE SCOTTISH PRISONER, featuring both Lord John and Jamie Fraser, plus a number of novellas, the two-volume non-fiction OUTLANDISH COMPANION and “I GIVE YOU MY BODY…” (HOW I WRITE SEX SCENES). SEVEN STONES TO STAND OR FALL, a collection of Outlander novellas, is to be released June 27th, 2017).
STARZ has created a popular original television series based on the books, also called “OUTLANDER”—filmed in Scotland and presently sold in more than 90 territories. 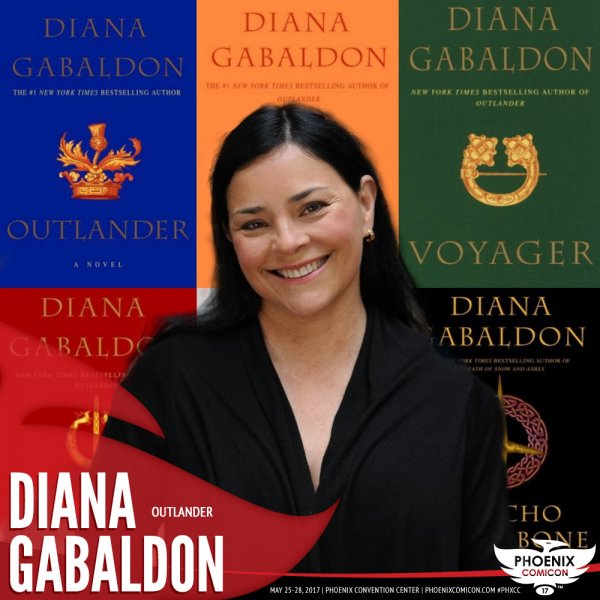