First gaining notice with his work on Dark Horse’s popular GHOST comic, Haley has become known for his depictions of powerful women and dynamic storytelling. Matt Haley’s first love is for comics and his work for Marvel and DC as well as Dark Horse, Image and Valiant cemented his reputation as an artist capable of creating uncanny likenesses with a clean graphic style. Matt is currently lending his artwork to a feature-length film by legendary director Walter Hill. Recently his serialized motion comic Gotham Stories promoting the FOX TV series “Gotham” was aired during the new X-Files mini-series. In print, Wonder Woman ’77, the smash hit comic built around the 1970’s TV series starring Lynda Carter has just been collected into a trade paperback . He has worked closely with comics legend Stan Lee on a number of projects including the feature documentary Comic-Con Episode IV: A Fan’s Hope directed by Morgan Spurlock and the TV series Who Wants to be a Superhero? for NBC/Universal. Most recently Haley has taken his keen love of narrative into the world of writing and directing with two scripts currently in the works and a pilot for the sci-fi concept Blackstar Warrior. 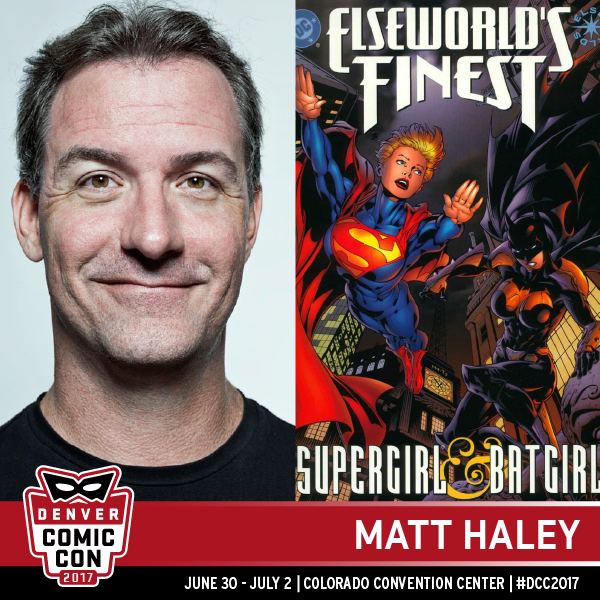