New York Times bestselling author Dan Wells writes a little bit of everything, but is best known for his thriller series I AM NOT A SERIAL KILLER, and his post-apocalyptic teen series PARTIALS. His other novels include THE HOLLOW CITY, about schizophrenia, and A NIGHT OF BLACKER DARKNESS, which will debut as a stage production in October 2015. His novella “The Butcher of Khardov,” based on the Warmachine tabletop game, was nominated for a Hugo Award–the first piece of media tie-in fiction ever nominated in a prose category. He has received many other
Hugo nominations for his podcast Writing Excuses, including one win in 2013; the podcast has also received several Parsec Awards, runs its own writing retreat, and in 2014 published a combination anthology/textbook called SHADOWS BENEATH. Also in 2014, Dan compiled and edited an anthology called ALTERED PERCEPTIONS, designed to raise awareness of mental illness. Dan’s novel I AM NOT A SERIAL KILLER is soon to be a major motion picture, filming in Spring of 2015, to be released sometime in 2016.
Dan lives in Utah with his wife and five children; he has also lived in Germany and Mexico, and loves to travel every chance he gets. He owns more than 350 boardgames, which makes it more of an addiction than a hobby, but he loves the symptoms and refuses to seek help. 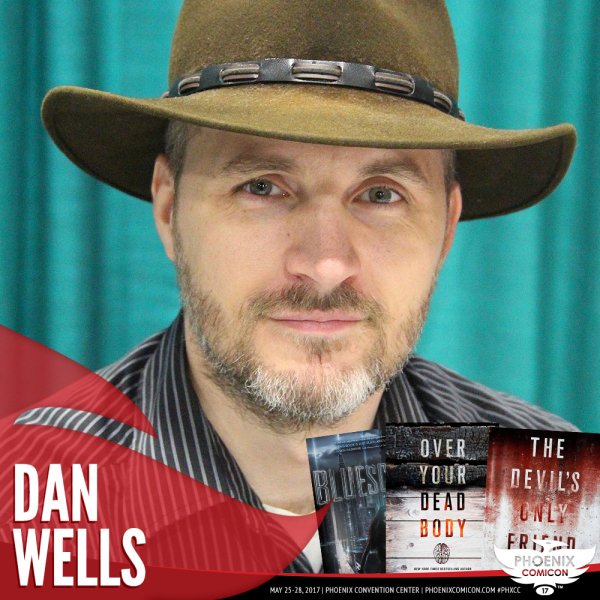