Jeremy, the actor behind the voice of Finn on Cartoon Network’s Emmy-Award winning series Adventure Time is multifaceted in his talents. He has been acting since the age of 5 and has landed guest starring parts on television shows including ER, Cold Case, Ghost Whisperer, and Lost, as well as being a lead on Nick Cannon’s sketch comedy series, Incredible Crew. He is widely known for his voice over talents, having worked on countless cartoons and animated films. Along with voicing young Peter Quill for Marvel, and voicing Finn on the global phenomenon, “Adventure Time”, Jeremy is currently working as the undisputed fan favorite character Lance on Dreamworks/Netflix animated series, “Voltron: Legendary Defender”, which is now in its second season. In addition to his voice work, Jeremy works on-camera and has just completed principal photography on a new film, and also finished filming season two as the lead on his hit live action series, “Mr. Student Body President”, for Verizon Go90 Network. 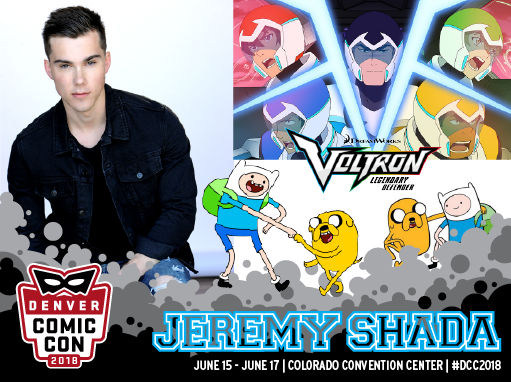