Graham McTavish is best known for his roles as Dwalin in the The Hobbit trilogy of films, and as Dougal Mackenzie in the series Outlander, as well as in the new hit AMC show, Preacher, based on the cult comic series of the same name in which he plays The Saint of Killers.

His career spans a wide variety of roles from acting alongside Sylvester Stallone in both Rambo and Creed, to Colombiana, Secretariat, The Finest Hours and Green Street Hooligans 2, among many others. He is also familiar to video game fans for his roles in the Uncharted series, Call of Duty, and Dante’s Inferno to name but three. His stage career has taken him from the Royal Court, and National Theatre in London, to the Royal Lyceum in Edinburgh as well as touring the world with his own play about Vincent Van Gogh. 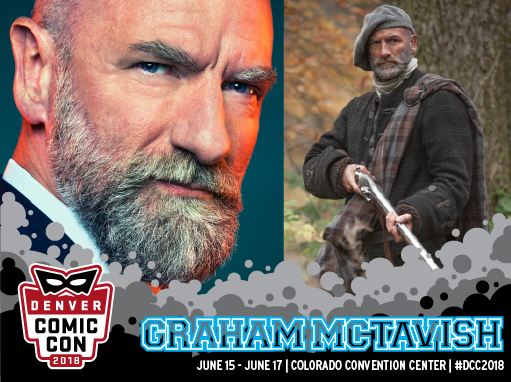