“People will root for anyone who shows them their heart.” —Sean Astin .
Sean Astin has demonstrated his innate ability to share his heart with the world through such iconic roles as Mikey Walsh in “The Goonies,” the title character of “Rudy,” Samwise Gamgee in the “Lord of the Rings” trilogy, and Bob Newby in “Stranger Things 2,” roles that epitomize hope, determination and loyalty. With both his parents being well-known, respected actors, it’s no surprise that Sean’s career, which spans over three decades with over 130 acting credits, began at a young age. He debuted in the 1981 television movie “Please Don’t Hit Me, Mom,” in which he played a child with an abusive mother, portrayed by his real-life mother Patty Duke. For his first feature film, he portrayed Mikey in Steven Spielberg’s classic “The Goonies” (1985), still enthusiastically beloved by audiences today. The young performer appeared in several more films both for TV and the big screen, garnering Young Artist Awards for performances in “The Goonies,” “Staying Together” (1989) and as the lead character Billy Tepper in “Toy Soldiers” (1991). He successfully navigated the transition from child actor to young adult in such critically acclaimed films as “Memphis Belle” (1990) and “The Low Life” (1995). Sean scored a career defining, triumphant success in the inspirational and universally applauded college football biopic “Rudy” (1993), about the life-changing struggles and rewards of Daniel “Rudy” Ruettiger. To this day, Sean still identifies with the role of the unlikely athlete determined to succeed at achieving seemingly impossible goals. 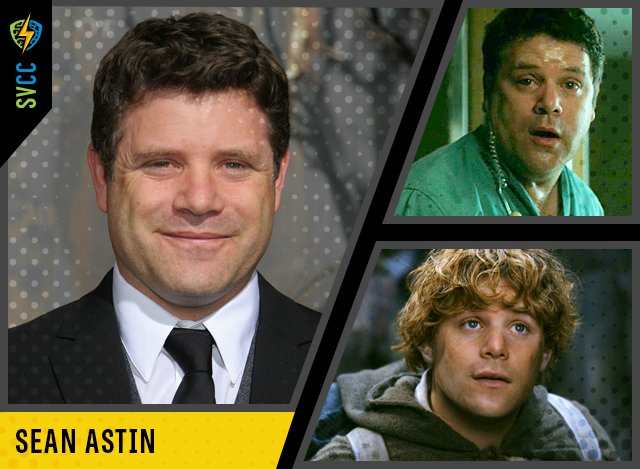