In 2007, she won her first leading role in a feature film, LEFT, in which she played five different characters. The film was awarded a Silver Melies in Sweden.

In the highly acclaimed Showtime television series THE BORGIAS, Lotte played the ravishing mistress of the Pope as Giulia Farnese. Receiving high praise for her performance on the series, Lotte continued her success by starring in Mike Figgis’ psychological thriller, SUSPENSION OF DISBELIEF, playing dual roles as Therese and Angelique. Premiering at the 2012 Rome Film Festival, she was nominated for the CinemaXXI Award. She also completed the Marco Van Geffen directed feature by Lemming Film production, IN YOUR NAME, receiving a positive response in various media outlets.

In 2014, Lotte starred in the highly successful Fox 2000 Studio feature film THE FAULT IN OUR STARS, directed by Josh Boone as ‘Lidewij.’ THE FAULT IN OUR STARS premiered at number one at the box office and has grossed over $200 million. Lotte also stars in STARZ new hit series OUTLANDER, a drama from Ronald Moore in which she plays the sexy and mysterious witch Geillis Duncan.

Lotte wrapped various feature films including ENTERTAINMENT opposite John C. Reilley and Michael Cera that will premiere at the 2015 Sundance Film Festival, and THE LAST WITCH HUNTER opposite Vin Diesel for Lionsgate. Lotte is fluent in several languages (Dutch, English, French, German, and Italian), has her US green card, is a SAG member, and resides in Los Angeles. 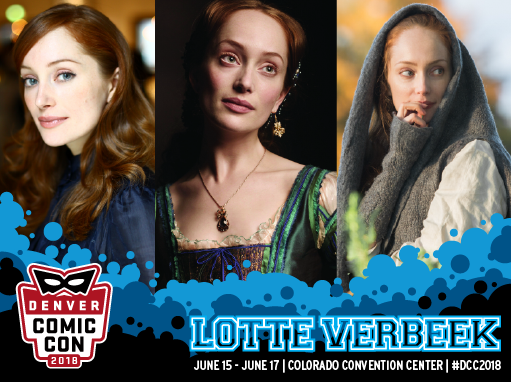