Ian McDiarmid studied for a Master's degree in Clinical Psychology at the University of St. Andrews, but eventually found that his calling was in theatre. He went to the Royal Academy in Glasgow, where he received the prestigious gold medal for his work. He now has a highly successful career as a theatre director, and from 1990 until his retirement in 2001, was Joint Artistic Director of London's Almeida Theatre in Islington. He and his co-director Jonathan Kent revived the Almeida and persuaded many Hollywood stars including Kevin Spacey, Ralph Fiennes and Anna Friel to tread the boards in their humble theatre. They won the coveted London Evening Standard Award in 1998 for their efforts. McDiarmid is also well known for his film and television appearances, and is perhaps most famous for his chilling performance as Emperor Palpatine in George Lucas's Star Wars films. 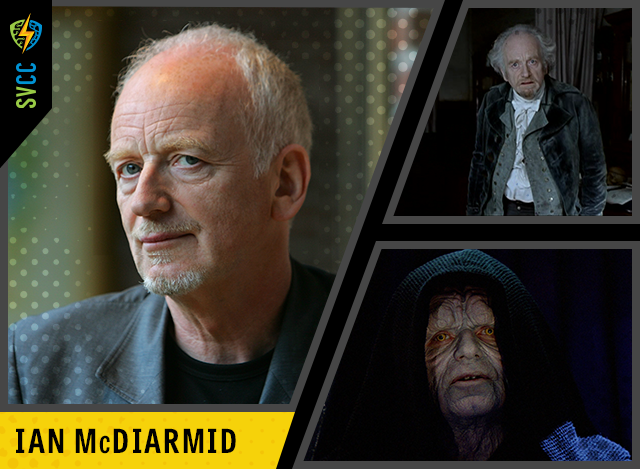