Peter V. Brett is the international bestselling author of the Demon Cycle series, which has sold over two million copies in 25 languages worldwide, starting with The Warded Man, described as, “a captivating and thrilling fantasy adventure, pulling the reader into a world of demons, darkness and heroes, voted one of the top ten fantasy novels of 2008 by amazon.co.uk, As The Painted Man. Other books in the series include The Desert Spear, The Daylight War, The Skull Throne, and The Core, released late in 2017. Peter has also written several comic series, including Red Sonja: Blue, and Red Sonja: Unchained, and the Demon Cycle novellas The Great Bazaar, Brayan’s Gold, Messenger’s Legacy, and Barren. Peter studied English Literature and Art History at the University at Buffalo, graduating in 1995, after which he spent more than ten years working in the pharmaceutical publication field before writing full-time. He lives in New York City. 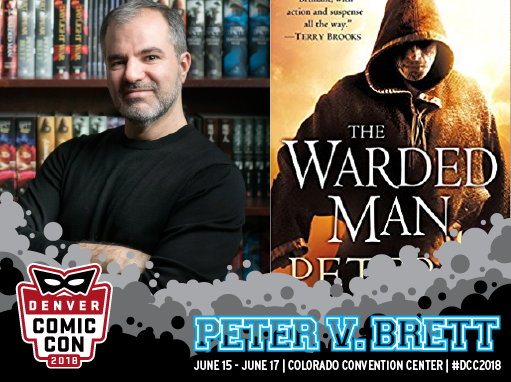