He has been awarded several honorary doctorates, Graham Fellowships, a Guggenheim and numerous grants from the National Endowment for the Arts, as well as being the Distinguished Professor of the Practice at Northeastern University. He is the recipient of the Lifetime Achievement Award from the Smithsonian, Cooper-Hewitt Museum. Wurman has also been awarded the Annual Gold Medal in Discourse from Trinity College, Dublin, a Gold Medal from AIGA and Boston Science Museum’s 50th Annual Bradford Washburn Award. He is also a Fellow of the AIA and in the Art Director’s Club Hall of Fame. Most recently he was awarded the Ladislav Sutnar prize for his outstanding performance in the field of fine arts, as well as accepting an invitation to contribute to Genius: 100 Visions of the Future, a project sponsored by the Einstein Legacy Project, which features essays submitted by the 100 greatest innovators, artists, scientists and visionaries of our time. 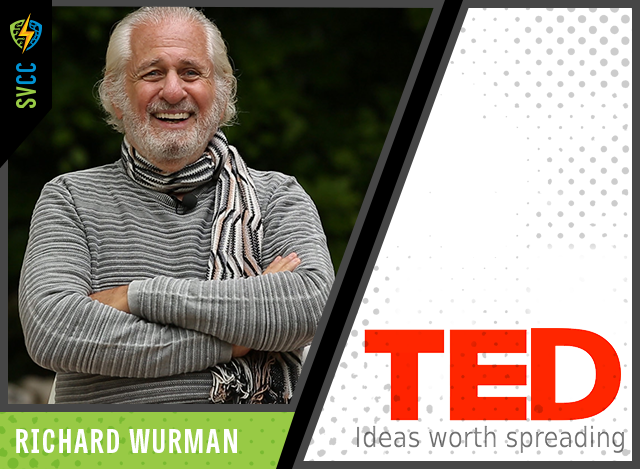