ALAN SMALE is the author of the Clash of Eagles trilogy, which includes Clash of Eagles, Eagle in Exile, and Eagle and Empire. He grew up in Yorkshire, England, and now lives in the Washington, D.C., area. By day he works at NASA’s Goddard Space Flight Center as a professional astronomer, studying black holes, neutron stars, and other bizarre celestial objects. However, too many family vacations at Hadrian’s Wall in his formative years plus a couple of degrees from Oxford took their toll, steering his writing toward alternate, secret, and generally twisted history. Smale has sold numerous short stories to magazines including Asimov’s and Realms of Fantasy, and he won the 2010 Sidewise Award for Best Short-Form Alternate History. 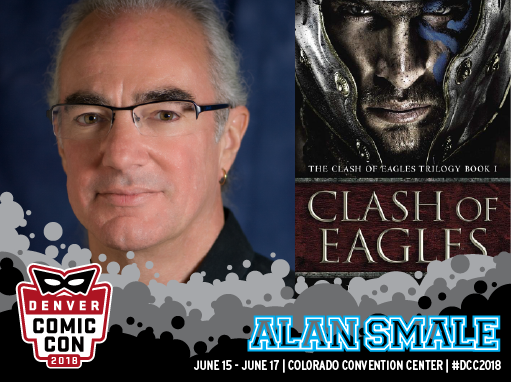