This just in: Scott is currently working on a bunch of new roles, Including work in Riverdale as "Tall Boy", the live action Woody Woodpecker movie, Lego Elves: Secrets of Elvendale, Exchange Student Zero, The Deep, Max Steel, SuperNoobs, Johnny Test, L.O.S.E, Hero 108, 1001 Tales of the Arabian Nights ,Strawberry Shortcake, My Little Pony, Numerous Video Games and a number of *cough cough* “Top Secret” Anime Titles. Scott loves cartoons most of all because, "Hey, it's indoor work with no heavy lifting."

Autograph Information:
Never a charge, but we ask you to restrict your requests for autographs to 2 or 3 and keep your time with him brief in fairness to others and to keep him on schedule. 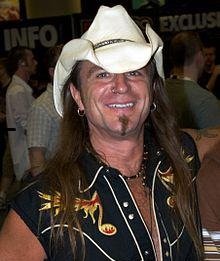