Angus Watson is the David Gemmell-award nominated author of the Iron Age trilogy: Age of Iron, Clash of Iron, and Reign of Iron, the story of Dug, a down-on-his-luck mercenary traveling south to join up with King Zadar's army. But he keeps rescuing the wrong people and finds he’s on the wrong side of the thousands-strong army he hoped to join and the King’s bloodthirsty druid magic. Angus’ latest book is the first of the West of West series, You Die When You Die. As well as writing epic fantasy, he's written hundreds of features for newspapers including The Times, Financial Times and Telegraph, and the latter even sent him to look for Bigfoot in America. He lives in London and will be stopping to sign books at DCC only on Friday, June 15. In the meantime, you can find him on Twitter at @GusWatson or find his website: www.guswatson.com 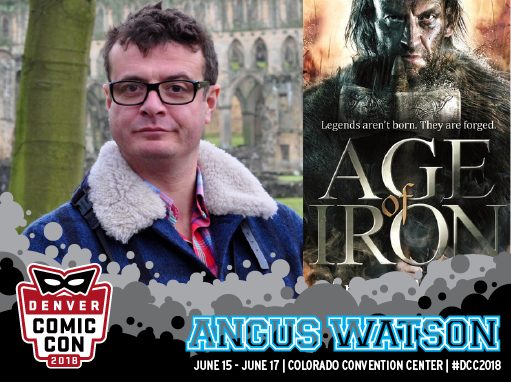