Molly Ringwald’s extensive film credits include For Keeps, Fresh Horses, Betsy's Wedding, Tempest, and John Hughes’ iconic films Pretty in Pink, Sixteen Candles, and The Breakfast Club. Recent films include Kingfish, All These Small Moments, Siberia, King Cobra and Jem and the Holograms. On stage, Ringwald has starred in the Broadway production of Cabaret, the recent Off-Broadway production of Terms of Endearment, the Tony-nominated Broadway production of Enchanted April, and the Bob Fosse musical Sweet Charity. Recent television credits include Riverdale, Odd Mom Out, The Secret Life of the American Teenager, and Raising Expectations. Ringwald is the author of Getting The Pretty Back and When It Happens to You. Her writing has appeared in The New York Times, The New Yorker, Vogue, Salon, Esquire, The Guardian and more. A lifelong singer, Molly tours with her jazz quartet, and her jazz album Except Sometimes was released by Concord Records. 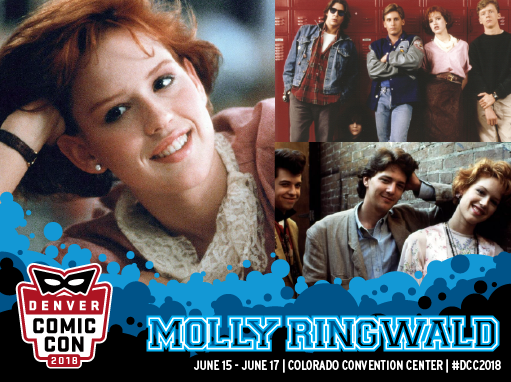