Her debut novel, The Rampart Guards (February 2016), earned a Kirkus starred review and was named to Kirkus Reviews’ Best Books of 2016. The novel is a Foreword INDIES Book of the Year Award Finalist, a Next Generation Indies Award Finalist, and is the first in her intriguing urban fantasy series. The next two chronicles in her Jason Lex Adventure series are The League of Governors and The Clan Calling (August 2017). The Clan Calling is a finalist in the 2018 San Francisco Writers Contest.
In addition to her novels, Wendy published a short story, “The Fate Stone,” in the award-winning anthology Tick Tock: Seven Tales of Time (March 2016), and “Light” in the award-winning Off Beat: Nine Spins on Song (April 2017), both from Wicked Ink Books.

​Wendy graduated from the University of Utah (go Utes!) and transplanted to Colorado where she completed her MBA at the University of Denver. She focused her marketing expertise on the financial and technology industries until a career coach stepped in and reminded Wendy of her passion for writing. Inspired, Wendy leaped and began attending writers’ conferences, workshops, and retreats, and she hasn’t stopped yet.
She regularly participates in two critique groups and is the president of Rocky Mountain Fiction Writers, and a member of Pikes Peak Writers

Wendy lives in the Denver area with her husband, Kevin, and their dogs: Shea and Boon. She's team dark chocolate, a fan of technology, and believes even a few minutes outside soothes the soul. Wendy is also committed to promoting pet adoption from rescues or shelters. If you're in Colorado, you may even be able to spot her by her "Adopt a Shelter
Pet" license plates. 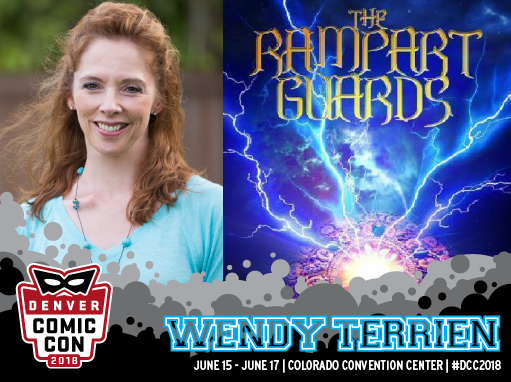