Gillian Leigh Anderson is an American-English film, television and theatre actress, activist and writer. Her credits include the roles of FBI Special Agent Dana Scully in the long-running and widely popular series The X-Files, ill-fated socialite Lily Bart in Terence Davies’ film The House of Mirth (2000), and Lady Dedlock in the successful BBC production of Charles Dickens’ Bleak House. Among other honours, Anderson has won a Primetime Emmy Award, a Golden Globe Award and two Screen Actors Guild Awards.

After beginning her career on stage, Anderson achieved international recognition for her role as FBI Special Agent Dana Scully on the American sci-fi drama series The X-Files for all nine seasons (1993–2002). Her film work includes the dramas The Mighty Celt (2005), The Last King of Scotland (2006), Shadow Dancer (2012) and two X-Files films: The X-Files: Fight the Future (1998) and The X-Files: I Want to Believe (2008). Her other notable television credits are Any Human Heart, The Crimson Petal and the White, portraying Miss Havisham in Great Expectations (2011) and Dr. Bedelia Du Maurier on Hannibal. In 2013, Anderson began starring as DSI Stella Gibson on the critically acclaimed BBC crime drama television series The Fall. She has been serving as an executive producer from its second series.

Anderson has been active in supporting numerous charities and humanitarian organizations. She is an honorary spokesperson for the Neurofibromatosis (NF) Network and the co-founder of South African Youth Education for Sustainability (SA-YES). 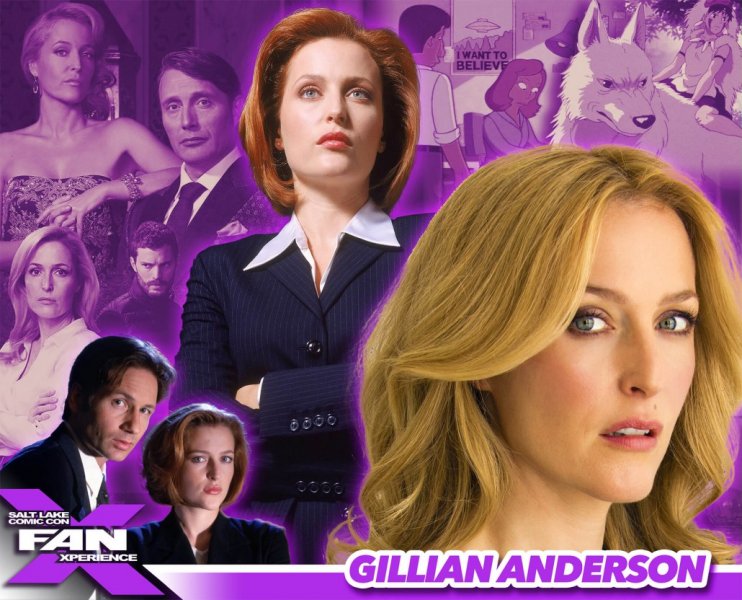