Longtime inker for Marvel and DC, John Beatty, is coming to DCC ’18! Beatty has been working in comics since 1979, starting early in his career with DC on Justice League of America. Since then, Beatty has continued to work with DC (including long runs on Batman, Action Comics Weekly, Adventures of Superman, Justice League Europe, Legends of the Dark Night) and Marvel (Captain America, The Punisher, Magneto). Make sure to bring Beatty’s latest work on Batman Arkham (Clayface, Mister Freeze) and the Captain America Omnibus to have him sign! 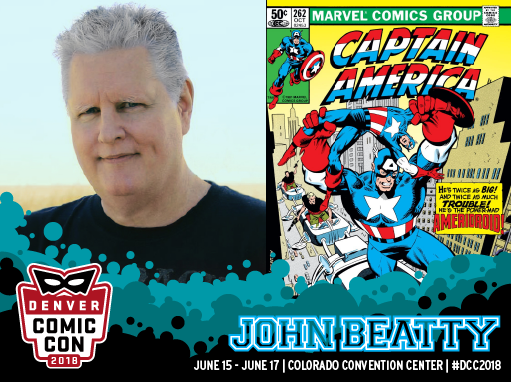