Actor and writer Sean Gunn is best known for his role on Gilmore Girls as the quirky Kirk Gleason and Kraglin in the Marvel Universe films Guardians of the Galaxy and Guardians of the Galaxy Vol. 2. His first film was in Troma Films’ Tromeo and Juliet where he played Sammy Capulet. He’s worked alongside his brother, writer and director James Gunn, on The Specials, Super, and the video game Lollipop Chainsaw. In addition to portraying Kraglin in the Marvel Universe films, Sean also provided motion reference for Rocket Raccoon in both Guardians films and the upcoming Avengers: Infinity War, currently in production.
Sean has had roles on television shows such as Any Day Now, Brutally Normal, Angel, Inside Schwartz, DAG, 3rd Rock from the Sun, Going to California, Yes, Dear, Andy Richter Controls the Universe, October Road, Glee, Bunheads, and Bones. Sean’s film credits include Stricken, The Auteur Theory, Pearl Harbor, Jesus, Mary and Joey, Pants on Fire, The Giant Mechanical Man, Who the F is Buddy Applebaum, and The Education of Eddie and Mortimer. He has also appeared in the films Po and The Belko Experiment. 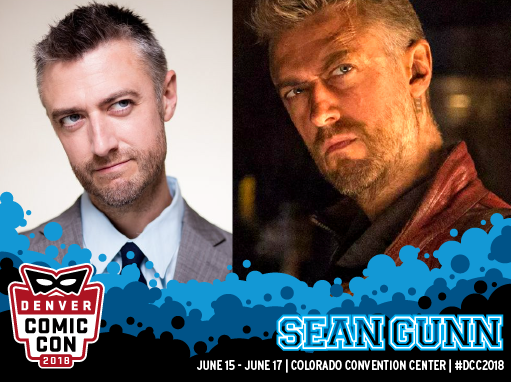