JOHN EAVES is a concept designer for the motion picture and television industry who started his Hollywood career way back in 1985 when he got his first job as a model maker for the legendary Apogee VFX company, and Top Gun and SpaceBalls were his first two movies. Throughout the next decade he was fortunate to have worked at most of the long gone VFX houses such as Boss Films, ILM, DreamQuest images, Fantasy II, Robert Short productions, Stan Winston Studios, Grant McCune Design, Greg Jein Incorporated, and USFX. In the mid 90's, the CG world was starting to take the projects from the practical effects companies and in doing so opened the door for John to transition to the art department. SeaQuest DSV and Star Trek DS9 were the two big shows that got John into working as a designer. “This was the job I always wanted and it has never lost it's magic. Every show offers a new area to design for. As of lately, prop designs have been added to my list of projects and is one I really enjoy.” johneavesart.com 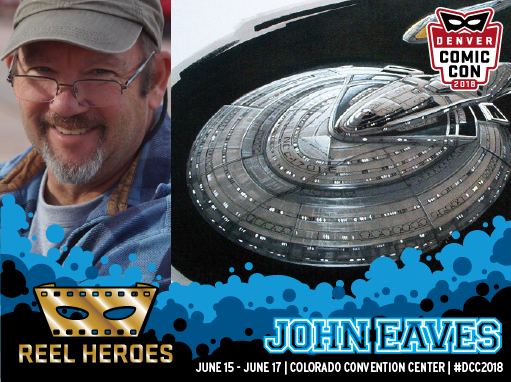