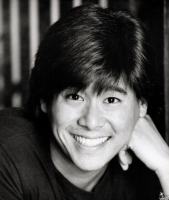 Brian Tochi is an actor best known for his roles as Takashi in Revenge of the Nerds and Leonardo in Teenage Mutant Ninja Turtles. He has also played roles on Hawaii Five-O, Star Trek: The Next Generation, and Space Academy. Brian has also done extensive voice acting. He is known for his roles in Mortal Kombat: Defenders of the Realm as Liu Kang and Johnny Bravo as Master Hama. He has also done work for Dexter’s Laboratory and Avatar: The Last Airbender. He has also performed in video games such as EOE: Eve of Extinction, and Saints Row 2, and World of Warcraft.