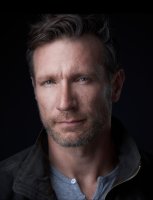 Tom O’Connell is a stuntman and actor. He has performed stunts in Olympus Has Fallen and
Bullet to the Head. He was the stunt double for David Harbour’s Masters in The Equalizer. He
played the character Denny in The Baytown Outlaws as well as performed as a stunt double for
Daniel Cudmore’s Lincoln Oodie. He has played roles in television shows such as True
Detective, S.W.A.T., Tell Me A Story, and L.A.’s Finest. He also plays roles in short films such as
Far Cry 5: Inside Eden’s Gate and Post a Clone.