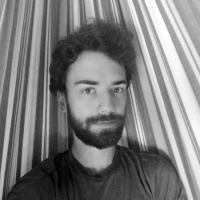 Rob Cravens is the Co-creator, Creative Director, Lead Writer, and Music Co-Composer for Kindred Fates. Rob co-developed the Kickstarter campaign and trailer which landed Kindred Fates in the top 5 video game Kickstarters of 2020, raising $685K in one month. Prior to founding Skymill, Rob worked professionally as a software developer and QA tester for 5 years before before entering the games industry as a developer and game designer. After 2 years of game design and development on other projects, he co-founded Skymill Studios and developed Kindred Fates from May of 2019 until its Kickstarter launch in February of 2020.