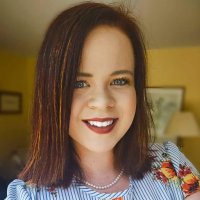 Susan Magnani has been enthralled by computers since she remembers. Bold, straightforward, and a brilliant thinker and innovator; she grew up in a household where she was fortunate to have both a mother and father who were successful engineers. She attributes much of her success to the visibility, mentorship, and sponsorship of other female engineers - most especially, her mother. Her work prior to graduating college included running her own video game company, Emblazon Games (games.emblazon.industries); as well as extensive internship and corporate experience while still attending school. After graduating with her B.Sc. in Computer Science from Bowling Green State University, she began her career as a Full-Stack Developer at Avanade - a software consulting firm which is a joint venture between Microsoft and Accenture. There, she worked her way up in under 2 years from junior level roles into a lead developer. She was responsible for getting one of the most pivotal software Ideas Accenture had off the ground - a cutting edge, full-stack application meant to streamline workloads for DevOps teams. Her work on this app was crucial in closing nearly half a billion dollars in sales for Accenture. She currently works for Logicworks - a managed cloud services company - where she is an AWS Platform Engineer.