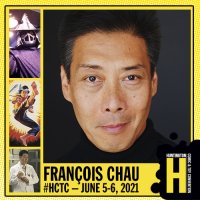 Best Known for Shredder in TMNT, Dr. Pierre Chang in Lost, Jules-Pierre Mao in The Expanse, Walter on The Tick, and Quick Kick in GI Joe.
Chau has played a number of diverse roles in both movies and on TV, most notably as The Shredder in Teenage Mutant Ninja Turtles II: The Secret of the Ooze, and as Dr. Pierre Chang in 17 episodes of ABC's Lost.
He has appeared as Koo Yin, a Chinese consul in the drama 24 and a Chinese diplomat in Stargate SG-1. He was the voice of Quick Kick on G.I. Joe: A Real American Hero and Dr. Shen in XCOM: Enemy Unknown, and he portrayed Lieutenant Winston 'Vagabond' Chang in the Wing Commander III and Wing Commander IV video games. Chau has also guest starred in Alias, Criminal Minds, Grey's Anatomy, JAG, Medium, The X-Files, and Dr. Martin Ng in the American sci-fi series Gemini Division.

His latest projects have included a Syfy production, The Expanse, starring as recurring character Jules-Pierre Mao, father of main character Julie Mao, and a recurring role as Arthur's step-father Walter on The Tick. He has also appeared in the Disney Channel spy action comedy, K.C. Undercover, where he plays Zane, an evil villain who kidnaps K.C. and threatens to kill her family due to a checkered history with them. Most recently Chau portrayed mob boss Mr. Keo in Cathy Yan's live action DC adaptation of Birds of Prey, starring Margot Robbie as Harley Quinn.