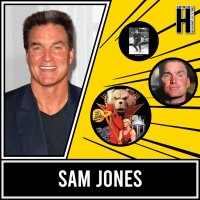 Sam has over 70 films and hundreds of television shows to his credit. He is best known as FLASH GORDON, THE SPIRIT, THE HIGHWAYMAN and as SG-1’s THE BOUNTY HUNTER and for his memorable comedic appearances in Seth MacFarlane’s TED & TED 2.

Sam’s 2022 films include WAKING IN SOUTHPORT and GINGERS.

As a Marine and security professional (providing all relevant services for protecting dignitaries
throughout the globe), Sam brings a rare and unique quality to the film industry.