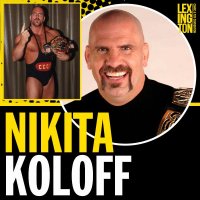 Nikita dominated the NWA™ throughout the 1980s and '90s. He was the holder of the NWA™ National, United States (unifying the two titles in 1986) World Six Man Tag Team, World Tag Team Championships and the winner of the inaugural Jim Crockett, Sr. Memorial Cup.

Koloff feuded with many of today's legend's all across the NWA™ including Dusty Rhodes, Wahoo McDaniels, Ric Flair, Ronnie Garvin, The Rock – N – Roll Express and Magnum TA. In the tag team area he was most successful teaming with "Uncle" Ivan Koloff and Krusher Kruschev.

Nikita also came close to landing a movie role in Rocky IV with Sylvestor Stallone. In the movie Stallone's boxing character was training to fight the no good Russian boxer, Ivan Drago. A casting call went out for someone to play the bad Russian and Nikita was on that short list - one of three finalists. He was flown out to Los Angeles and performed in a screen test with Stallone. Another character, a smooth looking blond, won the part.