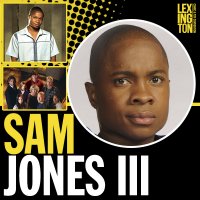 Sam Jones III is an American actor. He is best known for playing Pete Ross on the first three seasons of the Superman television series Smallville, Willie Worsley in the 2006 film Glory Road, Craig Shilo on Blue Mountain State, Chaz Pratt on ER and Billy Marsh in the 2006 film Home of the Brave.