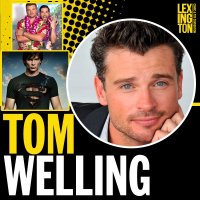 Tom Welling is best known for playing “Clark Kent/Superman” on the long-running television series “Smallville.” In addition to acting, he directed multiple episodes of the series and served as an executive producer. Welling recently starred in the film “The Choice.” His other feature film credits include “Draft Day,” “Parkland,” “Cheaper by the Dozen,” Cheaper by the Dozen 2” and “The Fog.” His television credits include “Undeclared” and “Judging Amy,” as well as executive producing the series “Hellcats,” starring Aly Michalka and Ashley Tisdale. Tom can currently be seen playing the role of “Marcus Pierce” in Season Three of “Lucifer”.