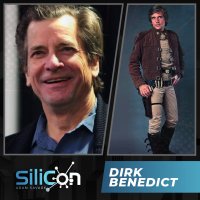 Dirk Benedict grew up in While Sulphur Springs and learned how to hunt and fish. He enjoyed a variety of sports as well especially football. When he was at Whitman College in Walla Walla, Washington, Dirk was exposed to acting and fell in love with the stage. When Dirk was 18, his father passed away and it was very hard for him. When Dirk found out he had prostate cancer, he decided to cure his cancer an unconventional way. He moved to a cottage and followed a strict macrobiotic diet. Dirk got the role as Starbuck in “Battlestar Galactica” in 1978. A few years later, he played Templeton ‘Faceman’ Peck in “The A-Team.”