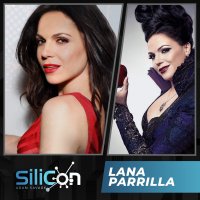 You’d probably know Lana Parrilla best from her performance as Regina the Evil Queen from ABC’s hit series “Once Upon A Time,” a role for which she has received the NHMC Impact Award, an ALMA Award for Outstanding TV Actress, and was voted by fans as TV Guide’s Best Villain for 2 out of 3 years the show has aired. One of her earliest on-camera roles was an appearance in the Steven Spielberg movie-of-the-week “Semper Fi.” She was also a regular on the hit comedy series “Spin City,” as well as iconic critically acclaimed series “NYPD Blue,” “Six Feet Under,” “LOST,” and “24.”