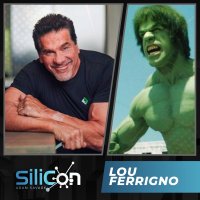 Louis Jude “Lou” Ferrigno is an American actor, fitness trainer/consultant, retired professional bodybuilder, and two-time Mr. Universe title winner. As an actor, he is best known for portraying the title role in the television series “The Incredible Hulk.” He has also appeared in European-produced fantasy-adventures such as “Sinbad of the Seven Seas” and “Hercules,” and as himself in the sitcom “The King of Queens” and the 2009 comedy “I Love You, Man.”