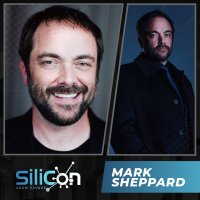 Mark A. Sheppard is known for playing the demon / King of Hell Crowley on “Supernatural,” and for his recurring roles as lawyer Romo Lampkin on the “Battlestar Galactica,” Interpol investigator James Sterling on “Leverage,” Canton Everett Delaware III on “Doctor Who,” small-time crime lord Badger on “Firefly,” Benedict Valda on “Warehouse 13,” Willoughby Kipling on “Doom Patrol,” and Curtis Hagen on “White Collar,” as well as notable appearances on “24,” and “The X-Files.”