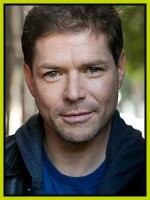 Phillip Paley has been entertaining children and adults for forty three years, thanks to his starring role in Sid and Marty Krofft’s top rated Saturday Morning TV show Land of The Lost (1974 - 1976). Broadcast originally in over 30 countries, and in reruns, viewers have watched the loveable Cha-Ka befriend the Marshall family, and try to help free them from a land stuck in a time of dinosaurs and evil lizard creatures known as Sleestak. Not many folks know that Phil’s accomplishment of becoming the youngest black belt in American history (1973) led to the breakout role for this child actor, who had been honing his craft on TV commercials and bit parts since he was sixteen months old. At the time of the initial broadcast, Land of the Lost was the top rated kids’ show of its day, and the most popular for its three year run. Phil’s portrayal of the character Cha-Ka instantly became a childhood icon for baby boomers everywhere.

Land of the Lost