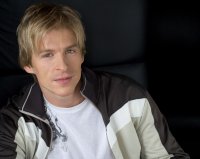 Yes, he does parties! And better than anyone else! Voice of Devil May Cry's private investigator Dante, Reuben Langdon has been lending his talents in professional and voice acting since 1996. Reuben is also well known for voicing Ken Masters of Street Fighter fame. Alongside his voice acting creds, Reuben also has a lengthy repertoire of stunt credits for live motion capture on a variety of video games and live action movies including Power Rangers, Pirates of the Caribbean, Avatar, and Marvel's Ant-Man. He even worked as a stunt coordinator for the hit tv comedy series, The Office! When not acting, Reuben has recently been noted for his work in producing documentary projects which bring positive messages and seek to inspire viewers. Come meet Reuben this summer at ConnectiCon!