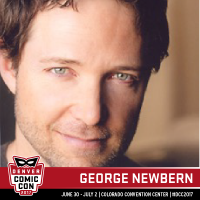 Newbern is an American television, film and voice actor best known for providing the voices of Superman from the Justice League and Justice League Unlimited animated series, and his role as “Charlie” on the hit TV show Scandal.

He recently reprised his role as Superman in the DC Showcase shorts Superman/Shazam!: The Return of Black Adam and Superman vs The Elite. He also provides the voice of Superman in the game Injustice: Gods Among Us. His other video game credits include Nooj and Sephiroth from the Final Fantasy series and the Kingdom Hearts series.