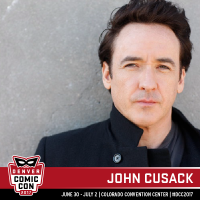 Cusack first gained the attention of audiences by starring in a number of 1980s film classics such as The Sure Thing, Say Anything and Sixteen Candles. Following these roles, Cusack successfully shed his teen-heartthrob image by demonstrating his ability to expand his film repertoire by starring in a wide range of dramas, thrillers and comedies including The Grifters, Eight Men Out, Being John Malkovich, High Fidelity, and Grosse Pointe Blank.