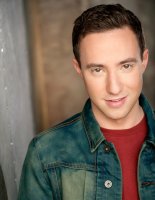 Max Mittelman is a voice actor and native of Los Angeles, CA. He is well known for his roles as Saitama in "One-Punch Man," Leo in "Fire Emblem: Fates," and Ryuji in "Persona 5." For most of his young life, Max had wanted to become a doctor. His parents were so proud of him. Once he realized, however, that he would need to study grown-up things like organic chemistry, he decided that he would rather make loud noises in a padded booth for a living. Max never looked back and has since had the opportunity to play lead characters in popular Anime series and video games.

Max's parents are still proud of him.