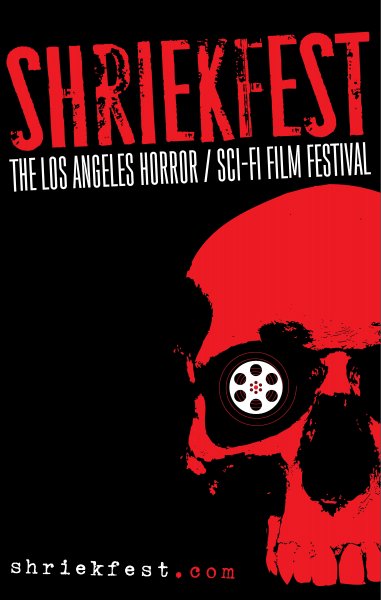 Films in this block: "Eveless" (Directed by Antonio Padovan) – In a dystopian future, corporations profit by robbing humanity of its ability to procreate. Two men rise up to take back their lives and the future of humanity. "It’s All In Your Head" (Directed by Greg Jeffs) – A story about the monster in the closet. "PYOTR495" (Directed by Blake Mawson) – Set one evening in present-day Moscow, 16 year-old Pyotr is baited by an ultra-nationalist group known for their violent abductions and attacks bolstered by Russia’s LGBT Propaganda Law, but Pyotr has a dangerous secret his attackers could never have accounted for. "Roadside Assistance" (Directed by Bears Fonté) – A mysterious woman stranded by the side of the road hitches a ride with a passing stranger – neither of them is who they seem. "Shutter" (Directed by Robert Julian Mueller) – Mark, an aspiring photographer, who witnesses a murder, tries to sell the pictures he took of the scene to an editorial department. "Somniloquy" (Directed by James Card) – When a young boy inherits a spiritual object surrounded by ancient folklore, he is plagued by violent night terrors. His parents soon begin to fear for their lives as a terrifying entity possesses their son. "The Amazing Mr. Moji" (Directed by Lucas James Culshaw) – When deadbeat boyfriend Spencer is mistakenly delivered the wrong phone from the 4 Winds Repair Company, he discovers it has the ability to control people with emojis. Now the mysterious Mr. Moji, along with his spitfire assistant Beatrice, has come to reclaim what is rightfully his before Spencer can do more harm than good… by any means necessary. "The Cleansing Hour" (Directed by Damien LeVeck) – Two failed filmmakers, Lance and Drew, have found success running a webcast that streams LIVE exorcisms. However, each episode is an elaborately staged hoax, created to dupe their global audience. But, when their latest subject turns out to actually be demon-possessed, they are forced to reckon with their online charade– live in front of millions of viewers. "Used Body Parts" (Directed by Venita Ozols-Graham) – If you think that two young women traveling alone and running out of fuel late at night combined with a creepy station attendant at an old, isolated rural gas station sounds like a fine recipe for a horror film, you would be absolutely right. Used Body Parts was based on an experience writer/director Venita Ozols-Graham had at an out of the way gas station…she heard a woman howling plaintively in the air vent in the restroom. Out of this macabre experience, Used Body Parts was born.